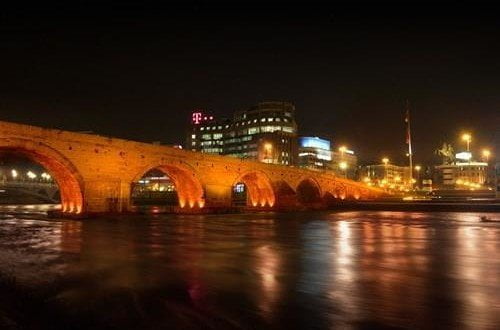 On 10th of December the world marks the International Human Rights Day[1]. This is the day when the United Nations, together with many different organizations and institutions remind the world about the importance of respecting the human rights which lead to one equal society based on democratic values.

The date is also important from one another aspect. It marks the end of the “16 days activism against gender based violence” [3]. This campaigning around the World starts at 25th of November- the International  Day for the Elimination of Violence against Women. This day is also known as “Orange Day”. The orange color symbolizes the fight for equality between the genders and the fight for combating violence.  The Orange day puts the women in focus because 1 in 3 women worldwide experienced physical or sexual violence-mostly by an intimate partner. [4]This year, the UN invited the counties around the world to “Orange the world” by on lightening in orange one of their most important national landmarks. This campaign was supported by more than 70 countries[5], including Macedonia.

On 25th of November the Stone Bridge in Skopje was colored in orange. [6] Beside this campaign and initiative of the mission of the United Nations in Skopje, other organization and networks got involved in these actions. Zonta Club Skopje [7] organized round trip around the country with the orange bus that included panel discussions and many other activities for awareness raising among the general population.  The National Network to End Violence against women and Domestic Violence in their campaign stress the fact we must fight against this problem 365 days in the year. [8]

And that’s true- we must speak up about this issue every day, everywhere!

Together we can build one better world. Join us!

The Youth Council brings together youth from different disciplines, interests, ethnicities and religious backgrounds. Established by the U.S. Embassy in Skopje, it seeks to generate creative ideas and projects to empower the youth of Macedonia, and to strengthen the voice of youth by advising the Embassy on important youth issues.
@ycusmac
Previous World AIDS Days
Next Panel Discussion “Youth Vacuum in Elections and Policy Making”