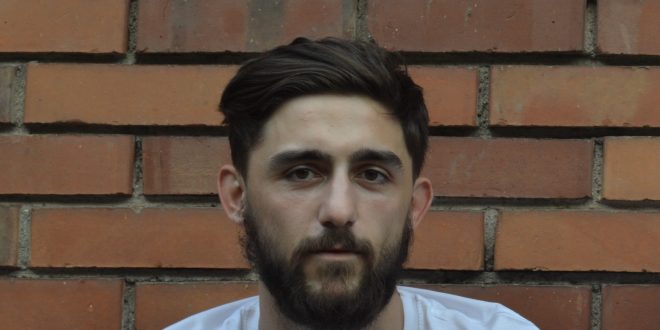 ” In a society where diversity is seen as lunacy and where ideas stay trapped in people’s minds, spreading our beliefs has been a constant battle.
Primarily driven by the lack of space that is offered for talented and creative individuals, Oubli is a project led by three young music enthusiasts that aims to enrich everyday life with quality underground music through various events and live streams. Our goal is to bring progressive people together, collaborate with different individuals, discover new talent, spread positivity and make you dance more often! ” –OUBLI

No matter where you see him, don’t think that he will play the same
genre all night long. Give some time, and enjoy the music selection.
Dj Ux is a newcomer on the Skopje disco scene who has quickly become
recognized for bringing back the glory days of disco. Starting his career under the influence of Hip-Hop DJs like Dj Premier, Qbert, Jazzy Jeff and other greats he has quickly moved over to blending in fresh electronic sounds.
Part of the musical project “Oubli”, which he co-founded with two of his best friends in the beginning of 2018 quickly gained huge appreciation across people in the country and turned out to be a much-needed refreshment in a rather boring everyday life.

A resident DJ of Sektor 909, Ux makes sure the crowds keep on moving to the beats of good old disco funk with a touch of house and techno.
Come and see what the (well deserved) fuss is about at the Youth Fest 7th of April in MKC, we start at 12:00PM.

The Youth Council brings together youth from different disciplines, interests, ethnicities and religious backgrounds. Established by the U.S. Embassy in Skopje, it seeks to generate creative ideas and projects to empower the youth of Macedonia, and to strengthen the voice of youth by advising the Embassy on important youth issues.
@ycusmac
Previous Minstrel Gallery – The Art Rock Avant-Garde Music the Youth in North Macedonia Needs
Next Media Intern – Global Leadership Forum (GLF) 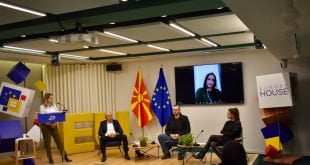 Which challenges do young medical staff face during the COVID-19 pandemic? 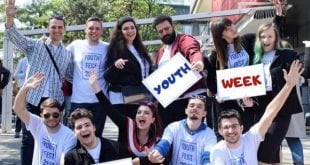 International Youth Day is celebrated every 12th of August. We, as a Youth Council, feel …