Home / Events / On the topic of trash in North Macedonia! 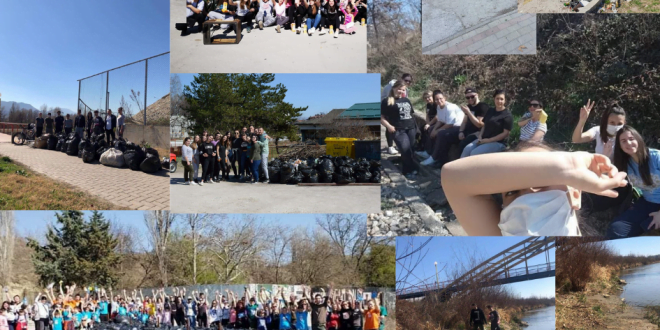 On the topic of trash in North Macedonia!

The human progression of trash throwing is finally here with the bill. A bill that we can pay not with money, but with collaboration and compromise. A bill that can only be payed if we hold ourselves and the ones around us responsible. This bill is addressed to the majority of the population but in the country of North Macedonia there are only a small group of people who are collecting what is due to mother nature. And these people are not the elders, are not the leaders. These people are high school students, university students, teachers, NGOs and the people who are tired of their peers not being concerned that we are destroying our nature with zero regards.

The #trashtagchallenge arrived conveniently at the same time Greta Thunberg was nominated for a Nobel prize following her activism in the environmental field. Even though people have been pressing the issues of pollution for so long it wasn’t until now that it sprouted a large people to action in North Macedonia. While other countries find themselves on lists like lowest crime rate in the world, or most inclusive society, our capital Skopje got placed in the first five most polluted countries in the world.

Not very far off was the Macedonian city Bitola with their obscene rates of pollution and the majority of the people being completely unconcerned about this. Everyone finds it very convenient to post about these issues on social media, or comment about the government and elected representatives not doing anything about it, and then going home to the sanctuary of their homes and forgetting about the issues. That is what people are comfortable with doing. They are right, there is not nearly enough light shining from the state regarding this but we the people are the ones who put the trash there, we are the ones who work in factories, who laugh at the idea of recycling.

But we the youth, are the ones who are taking action now.

We the youth in Skopje, who sprouted to action from a simple Facebook post from Aleksandar Lazovski from the NGO SmartLAB in Skopje that developed a group of 15 people who on Sunday 17th of March cleaned near the river bank of Vardar in Skopje, managed to collect more than 40 bags of trash. The council members took part of the initiative.
We discovered a whole house demented and thrown away, an excessive amount of clothes, needles and finally blood spirals.
The challenge continues, as it stirred enough dust that it gained the support of Komunalna Higiena Skopje, with the goal to clean this environment near the riverbank of Vardar, another goal is the number of people to grow.

The youth, of #НеБидиЃубре also in Skopje, that developed a whole platform of cleaning the city, recycling and raising awareness of these issues. They have been doing #trashtag even before the challenge sprouted. On the 24th joined by the Хуманитарна Трка на Деца со Даунов Синдром and Проект Среќа they had a huge success of cleaning near the river by Hotel Park in Skopje.

Nearby, in Veles a similar action took place collecting trash.

Finally, in Bitola, something rare in this country, an English high school teacher Marija-Magdalena Petkovska Mikarovska and her class, sophomores in high school, dedicate their weekends to cleaning the most polluted parts of Bitola. Taken by the momentum of the challenge and the ultimate support of this amazing teacher (who also used her salary to fund the endeavor) they organized two actions one week following the other. On the second one they were joined by other people, students marking the number of 60 people being present and took it to social media to announce their findings, thanking some businesses for the support and admonish the society that this action, like many before, was youth only.

Our environment is our home, and we are, every day, giving back to it. With trash, with cigarette smoke, with factories, by throwing our medical trash in it. And it is about time we stop. It is about time we got slapped in the cheek and we come to realization that we need to take care of our trash and our environment.

So we invite you, to do something about it. Not a whole movement, not a whole action, but maybe just take care of your trash and recycle it. Maybe other teachers will join this one, maybe more people will join the #trashtag in Skopje. How we do it doesn’t matter, what matters is for us to do something.

The Youth Council brings together youth from different disciplines, interests, ethnicities and religious backgrounds. Established by the U.S. Embassy in Skopje, it seeks to generate creative ideas and projects to empower the youth of Macedonia, and to strengthen the voice of youth by advising the Embassy on important youth issues.
@ycusmac
Previous Let us read you a poem
Next Youth Fest 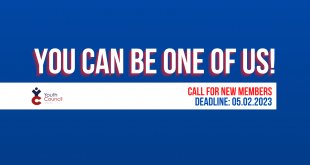 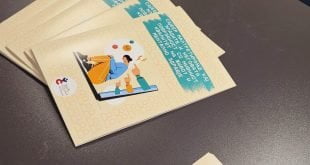