Home / Featured / We talk to Vedije Ratkoceri about cyber bullying: What is the legal aspect of it 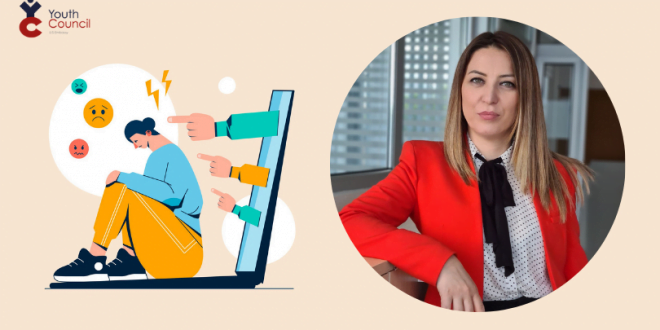 The development of technology, internet, social networks have undoubtedly changed our lives, facilitating it with an easier and faster access to information.

Cyber bullying is defined as the use of electronic means or technology that repeatedly and intentionally harass, threaten, hurt, humiliate, humiliate or intimidate one or more persons. Threats or negative comments on the Internet that affect religion, gender, sexual orientation, race, ethnicity, physical differences of a person are also considered as discrimination, which is prohibited by law. Therefore, young people should also be educated about what their behaviors, sometimes even unintentional, can be criminal behaviors that are sanctioned by law.

When bullying occurs online, the victim feels like he or she is being attacked everywhere, even inside his / her home, he / she feels like there is no escape. Cyber bullying can be considered a crime, a criminal offense due to threats, humiliation, lies and coercion or even sexual harassment against the victim.

The consequences of cyberbullying are obviously long-term, leading to serious problems, so it is important that young people seek help when faced with such situations. When the case is more serious, the victim should report the case to the police, either on their own, or with the encouragement and support of parents and other adults. The police then will identify the perpetrator and make it possible bullying to be stopped and this will contribute to the prevention of cyber bullying against other victims (current or potential) of the same perpetrator.

Vedije Ratkoceri is an Assistant Professor of Criminal Law and Security at the Law Faculty, South East European University.

The Youth Council brings together youth from different disciplines, interests, ethnicities and religious backgrounds. Established by the U.S. Embassy in Skopje, it seeks to generate creative ideas and projects to empower the youth of Macedonia, and to strengthen the voice of youth by advising the Embassy on important youth issues.
@ycusmac
Previous We talk to Ana Poprizova about cyber bullying: How present it is in the online world and the dangers it brings
Next We talk to Simona Josifovska about cyber bullying: How to stay safe online 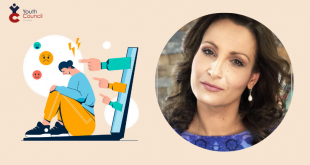 We talk to Ana Frichand about cyber bullying: What it is and what its effects are

Cyber ​​bullying is a newer form of peer violence. It is most often observed in …